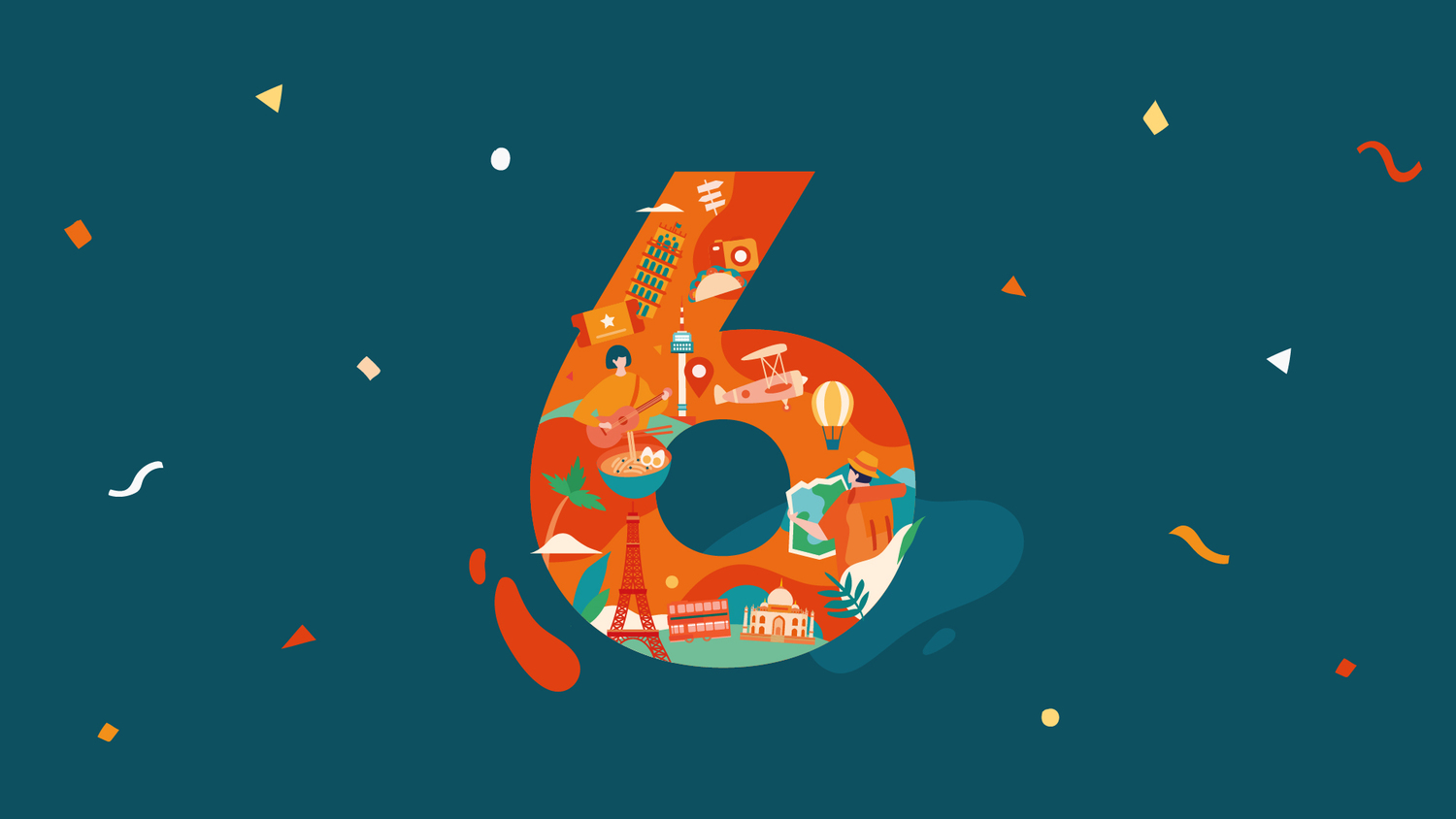 It’s our 6th birthday! And what better way to celebrate than by taking a trip down the memory lane? We went straight to the source aka. our early employees. They were here for it all, from 2014 when Klook was just a handful of people, to the company of 1,600+ employees we are today. And believe us when we say they’ve got some good stories up their sleeves!

If you want to join Klook today, you’ll have to go through a structured recruitment process with several rounds of on-site and online interviews. But this was not the case at the very beginning.

Klook’s employee #1, Christy So, jokes that her interview process was like a “blind date”. Eric Gnock Fah, our co-founder, reached out to Christy on LinkedIn with a job opportunity. When she tried to research the company, it didn’t yield many results.

“Klook website only had one page with generic travel photos at that time and I was like umm, I don't know about this,” she recalls. “But I went ahead and met Eric and Ethan [Lin], the co-founders, at a bar in Hong Kong to discuss the job. They were so passionate and the business opportunity actually seemed very promising... A month later, I started working at Klook.” 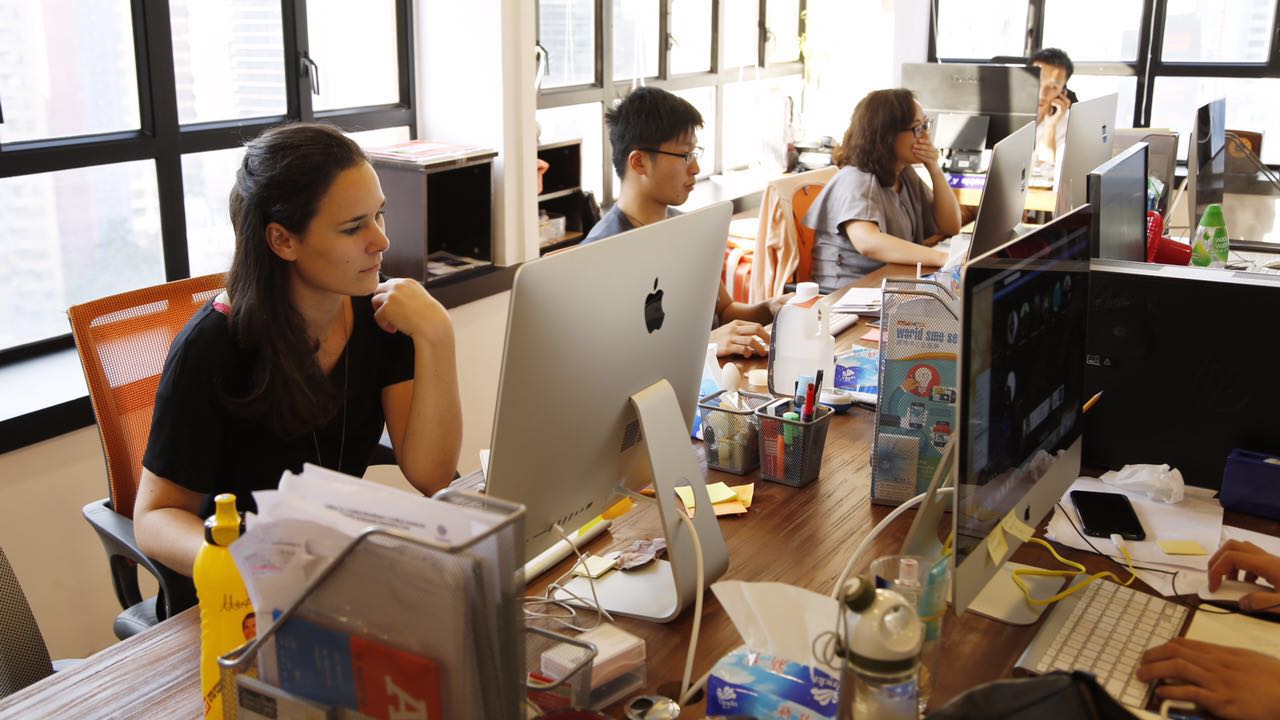 It's hard to imagine that all Klookers used to fit into one small office!

Rebecca Keiller, who joined the startup one day after Christy, had a similar experience. “I tried to google Klook and nothing came up. When I went to meet Ethan and Eric I wasn’t even sure if that was the actual job interview… but I had a job at the end of it,” she laughs. “I knew that it would be a risk joining a startup, knowing that most don’t last beyond 5 years. But I thought it would be great experience regardless and now I’m very glad I took the gamble!”

Early Klookers are the ultimate jacks of all trades

There’s no such thing as a job description at a startup. In the earlier years, Klook had very limited resources, both financially and in terms of headcount. First employees had to fit into whatever role was the most urgent to fill and that meant learning a lot directly on the job.

Rebecca started at Klook as an English Editor and went on to build an entire content team. A couple of years later, she was ready to take on a new challenge. She would work on Business Development in Europe, but first, she had to set up our first office on the continent.

“I did a little bit of everything at the beginning. I had to understand how to set up a business in the Netherlands, the employment laws and so on. Once the company was officially set up in Amsterdam, I was the first employee on the ground and started recruiting people and building the team from scratch. I did a mix of HR, admin and office management before the team was big enough that I could focus on my new role in Sales and Business Development.” 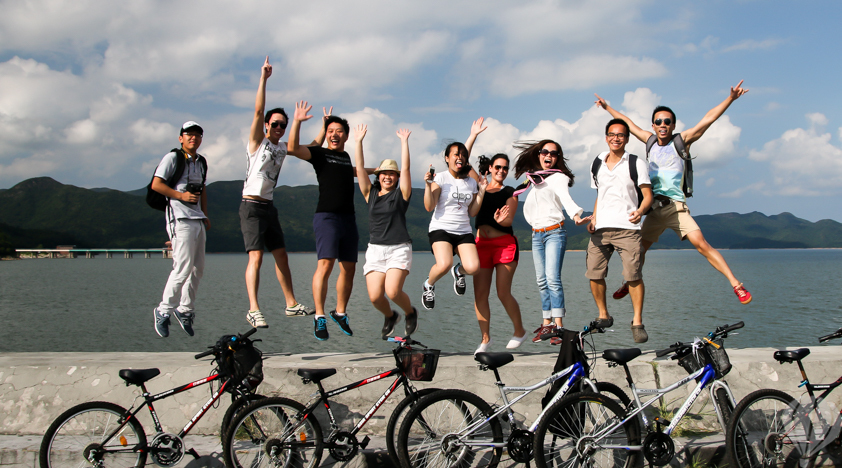 First Klook team building event: yes, this is the entire team in 2014!

For Eleven Liu, our second hire in the Taiwan office, the startup experience also meant wearing many hats. “My only colleague in Taiwan and I had a lot on our plates. On top of my primary marketing-focused tasks such as organizing offline activations, replying to customers on social media and launching our first affiliate portal, I also took the responsibilities of looking for a new office space as we expand and conducting some basic bookkeeping work at night!”

Can we make “multitasking like a startup employee” a real saying yet?!

Klook team were very close from the start

The first Klook office was a small space with eight Klookers working side by side. “There were no meetings back then. If you wanted to discuss something, you would just speak up,” says Vivien Hu. “We worked really close together. Actually, it almost didn’t feel like working. I guess we were so enthusiastic it made it a really fun experience!” 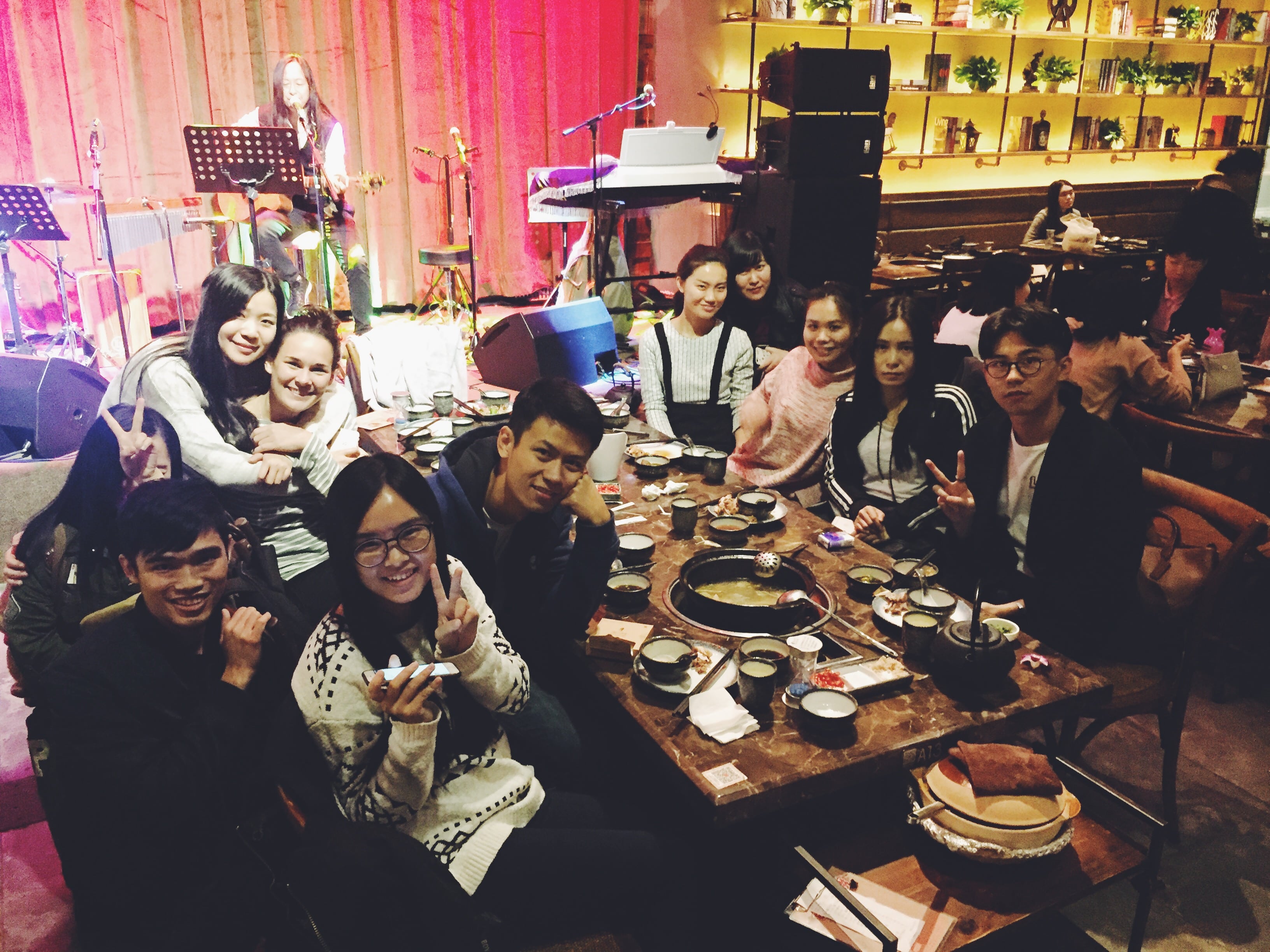 When we asked Klookers about their favorite memory from the last six years, those personal connections were most important to them. “Really all my favorite memories would be connected with people,” says Rebecca. “In Hong Kong, it’s the team lunches and in Shenzhen the dinners with the team. And I had so many fun experiences with colleagues in the Manila office! All those memories are special.”

Blood, sweat and innovation... Wait, did we get that right?

It’s 2015 and our Taiwan office is a proud team of two juggling several roles at once. Meanwhile, a big local competitor goes all-in in the Taiwan market with big news coverage, pricey campaigns and impressive partnerships. You’re starting to get a sense of who’s the underdog here, right?

“Our competitor was killing it and it kept me up at night,” says Eleven, who was working on PR for Taiwan market. “The battle in the media would surely be a tough one. But after a few rounds of test-and-fail across almost all channels we could think of, we identified an underexplored channel — affiliate partnership.”

We’ll spare you the technical details but let’s just say: it was not easy building a top-notch backend system to attract the partners from scratch, especially not at this point in our journey. But the passion that kept Eleven up paid off. The affiliate portal we built won over partners not only in Taiwan but across many more markets and helped us to grow exponentially in the following years. 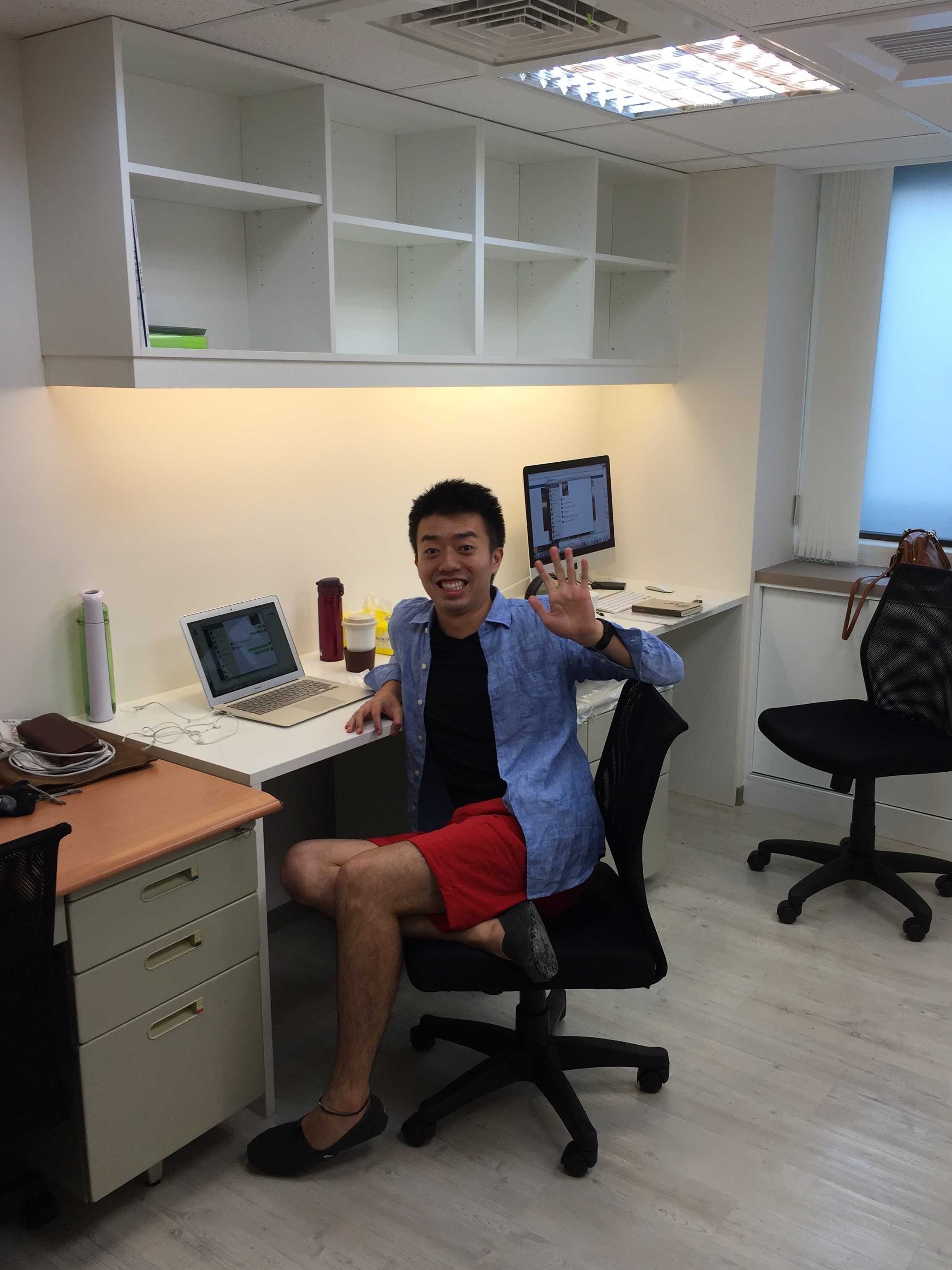 Eleven in our first office in Taiwan, 2015

“When you force yourself to try things that you’ve never tried before, it might bring new perspectives of how things are done. That’s when you really have a chance to disrupt the market”.

Career journeys at Klook were not straightforward (and we kept them that way!)

Vivien Hu joined Klook as a Chinese Editor but at the start of 2015 she was already setting up our tech center in Shenzhen. She took care of recruitment, HR, finance and office management to grow the new office from 14 people to over 50 in one year! And that’s just the beginning. Vivien then worked in Sales and Business Development and HR before pursuing her passion for Corporate Development. 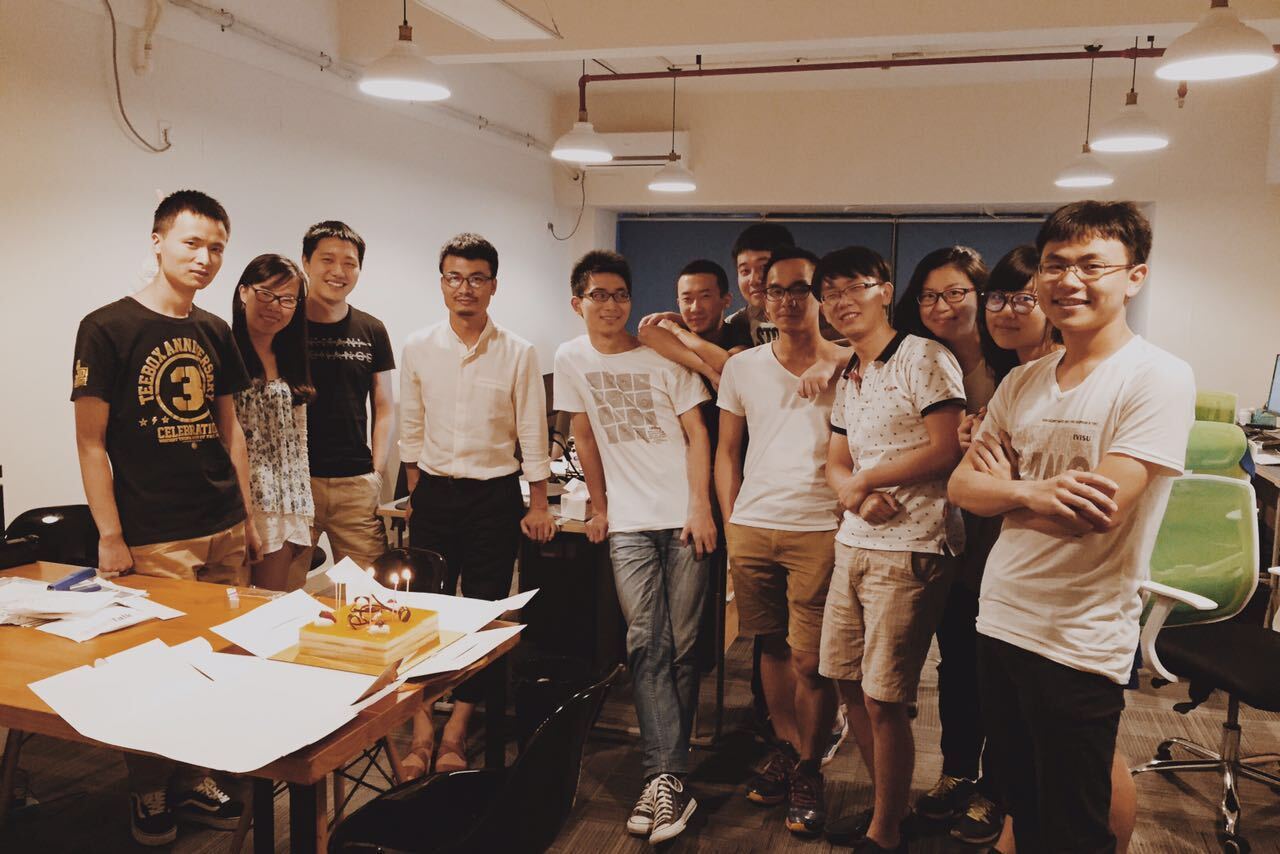 While bold career moves might sound intimidating to some, Rebecca is a great advocate of trying out new things. “At the beginning of a startup, you very much have to do a little bit of everything. I’m very grateful to have had that opportunity to see how everything works and see where I fitted best. I discovered that the Business Development aspect is what I most enjoy, even though I started out on the content side.”

Six years on, we still believe in the value of exploration when it comes to your career. That’s why Klookers are encouraged to try new challenges and expose themselves to various aspects of the business through our internal mobility scheme. 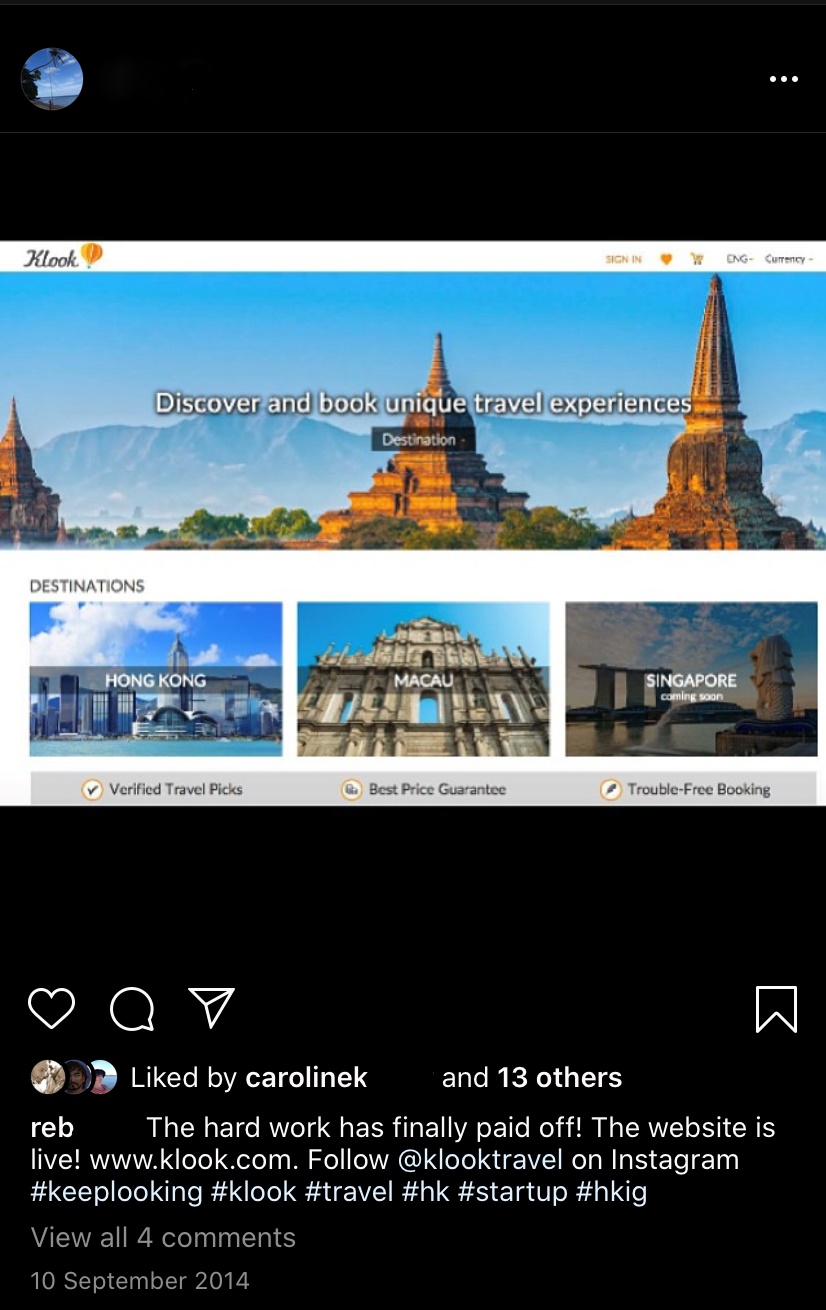 You can’t win them all if you don’t try

In the early years, signing merchants onto a brand new travel platform that no one heard of was not easy. The travel industry was skeptical of what we could offer. But relentless enthusiasm goes a long way.

“When we first entered the market in Australia, it was very difficult to sign merchants. We couldn’t give any historical sales for that region, nor did I have the right network having been offered the opportunity to pivot from Customer Operations to a Business Development role,” says Beijia Sun who joined Klook in 2015. “So back then it all boiled down to having a great pitch. That wasn’t a problem for me because I had all the passion.”

“Melbourne Zoo was one of the first merchants to respond to my emails but it wasn’t very promising. It just happened that I was returning home to Melbourne around that time. I thought I might as well set up a visit to the zoo in person. They appreciated having a real person visiting so much that we signed the product, it was our first Klook product in Australia!” 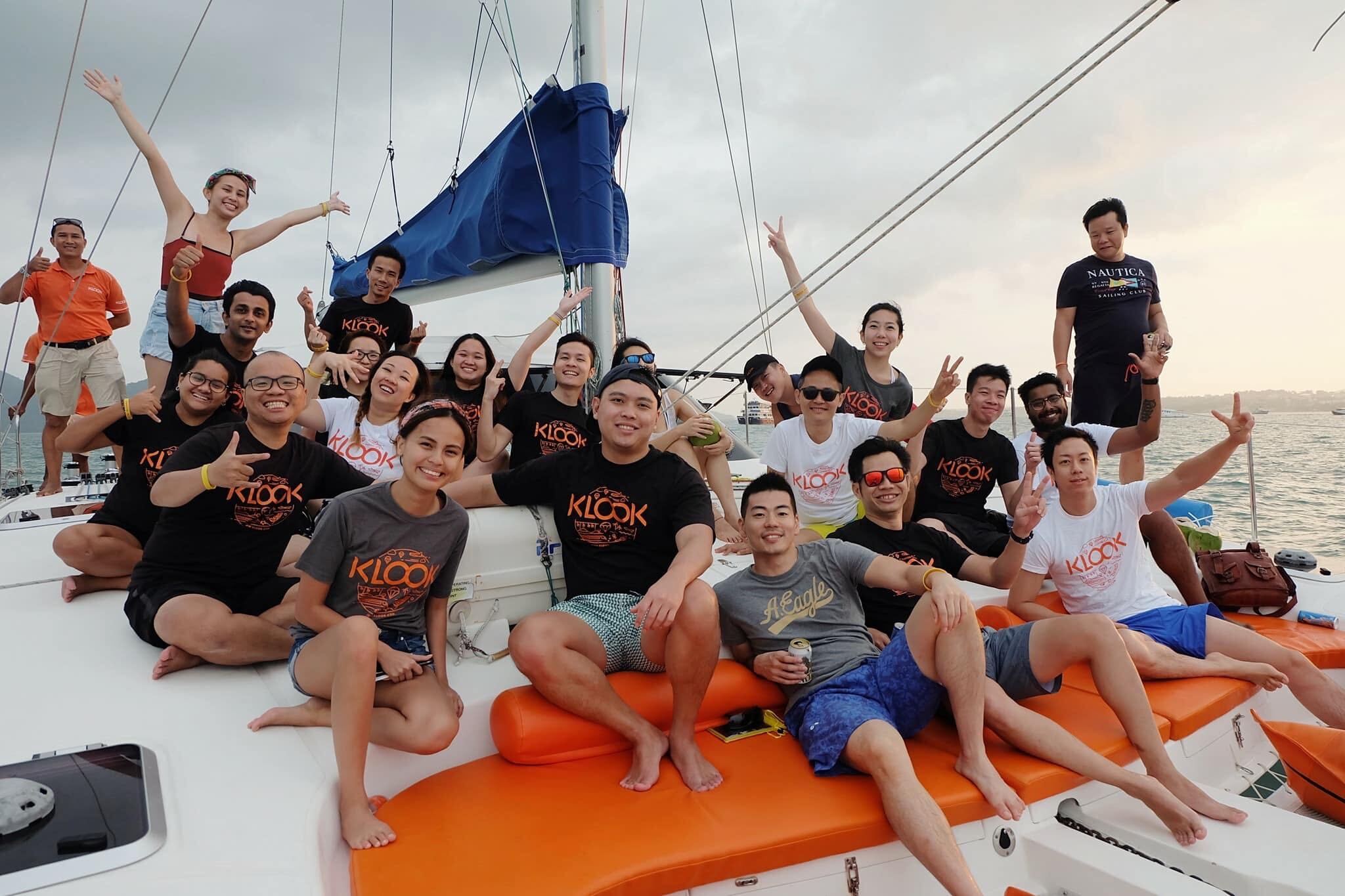 We've had many memorable team events over the years: the boat trips are a Hong Kong favorite!

The last six years have been quite a ride and it doesn’t look like we’re slowing down.

“I always joke that every year at Klook is like a game level up three times,” says Christy. “More destinations, more merchants, more customers worldwide. It keeps accelerating! But that’s also good because we’re getting there faster than expected.”


Curious to see where the next six years take us? 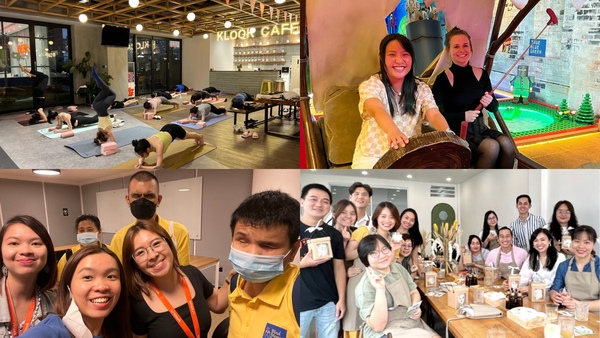 A Glimpse Into Our Wellness Month at Klook

There’s no one-size-fits-all approach to promoting wellness at Klook. Globally, we held wellness webinars for Klookers worldwide, including a discussion on ‘Building Resilience and Beating Burnout’, a spine health awareness... 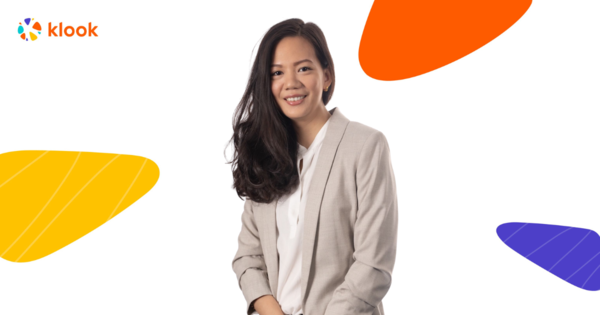 Here’s a thing about people with bipolar disorder: you might not know they suffer from it. Some of my friends, especially those who didn’t work closely with me, hadn’t notice... 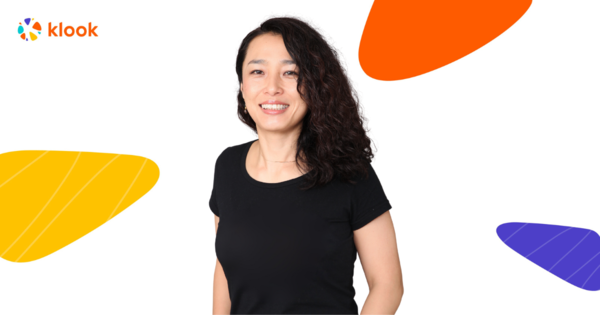 Going back to her roots: How Miharu Tanaka bridges the gap in inbound travel

When we think of Japan, cities like Tokyo and Osaka or food like sushi and ramen would likely come into our minds first. For those of us who aren’t familiar...

Be the first to learn about new jobs

Klook uses cookies to provide you with personalised content. You consent to cookies if you click "I Accept". If you click "I Do Not Accept", you may be provided with a deteriorated user experience. You can change your settings any time by clicking on the 'Settings' link on the top right of your device. You can find out more about how we use cookies at https://www.klookcareers.com/privacy.